The people’s piazza: sharing the urban commons in Milan

One such property was a flat in an apartment block on the Viale Carlo Espinasse, in the North-West of Milan. But rather than let it lay vacant, the block’s inhabitants saw an opportunity. Spontaneously forming a committee, they got in touch with the city of Milan to turn the empty flat into a community space: A library.

The Biblioteca Sociale Espinasse, now managed between the Municipality of Milan, the owners of the flat, its neighbours and the association CIRCOLA, hosts a catalogue of titles on photography, travel, children’s literature, non-fiction, and texts on legality and the fight against the Mafia. It is the perfect example of Milan’s citizen-first approach to the urban commons.

“When a local community, or a simple group of people living in a limited area, selects an item and takes it on with their engagement, with their care, that item has new meaning,” says Francesca Montemagno, advisor to Milan’s deputy mayor for citizen engagement, Lorenzo Lipparini.

Giving the people their space

Italy’s second-largest city has taken a bottom-up approach to these urban commons, which can be anything from vacant warehouses to shared gardens, playgrounds and spaces linked to schools and to other buildings intended for public use. This approach means that inhabitants have their say in the management of these spaces.

“We intended the city to be a shared resource,” says Montemagno. “We believe in a new possible dialogue between the municipality and people as a basis to regenerate trust in institutions and for setting priorities according to the needs of citizens and city users.”

The shared commons initiative started with the appointment of a deputy mayor for participation, active citizenship and open data. His legislation on shared management of the urban commons passed through the municipal council unanimously in 2018. Aside from shared libraries and gardens, a focus of the scheme revolves around urban regeneration though “pacts of collaboration”. 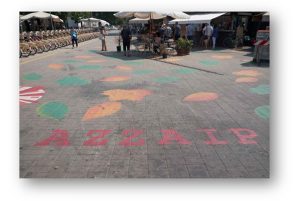 “The pacts represent a first tool to start a change, above all cultural, to shape a shared administration of our city with the participation and contribution of citizens,” says Eugenio Petz, a member of the city’s active participation office. A notable example is the Azzaip! Project. The anonymous Piazzale Emmanuale Corvetto in south-east Milan is more crossing point than anything, with a service station, metro stop and a few cafes overlooked by a motorway overpass. But with the help of a consortium of organisations including the city, residents transformed the square into a multicultural meeting point, painting the pavement vibrant colours and setting up benches for people to gather and talk.

To date, Milan and its citizens have designed 44 collaboration pacts together. “Meaningful citizen engagement requires listening to communities and iterating projects in response to their feedback, even when it does not align with the administration’s goals,” says Montemagno. “For example, the city chose to suspend its plan to reopen Milan’s waterways, a 2018 priority of the Mayor,” she adds. “It was evident that there was insufficient support for the project and the administrators decided to discontinue it and reallocate funding to other community projects.”

This willingness to listen to its citizens will hopefully increase participation in these shared schemes, according to the active citizenship team. This, in turn, will help the city deal with social issues that may currently be putting pressure on the city government. “This approach sketches a new way to govern of many of the welfare-oriented services under the direct responsibility of the municipality,” says Montemagno. “The role of citizens, more than customers or stakeholders, is likely to reach the position of strategic partner whenever the vision and mission of a service have to take shape.”

Milan’s citizens have historically been active when it comes to initiatives handed down from the city, and the shared management of the commons has uncovered a new dynamic in how the urban space works for its inhabitants. “Milan has always had a vocation for social works to help with particular difficulties,” says Montemagno. “It’s not by chance that the social street phenomenon has taken root, creating real civic engines within the neighbourhoods.” In a time of political and social polarisation, Montemagno says that the urban commons have even provided a valuable lesson: “Team play is the answer. We achieve more together, avoiding conflicts and growing trust.”

The future of sharing

But with COVID-19 now a reality, will Milan have to re-think its approach to shared commons? “The pandemic put this vision of a more equitable city to the test,” says Montemagno. She believes that Milan has been innovative in its response to the crisis, even using the shared commons approach to adapt to the “new normal”. For example, crowdsourcing initiatives were launched to collect ideas for the re-design of shops, bars and restaurants to make sure social distancing is respected in the creative commons. What the global health crisis has shown is that people across Europe value shared spaces in their cities, even if they were an empty no-man’s-land before. Whether it’s a street that has been closed to traffic to help social distancing or a vacant warehouse converted into a community exhibition space. 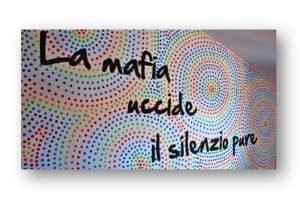 Back at the Biblioteca Sociale Espinasse, a space once privatised by organised crime has become a crossroads for neighbours. Visitors can take part in “bookcrossing”, where they share their literary passions with other guests. The space has hosted art exhibitions, courses for adults and children and even Christmas parties. “Every urban commons becomes the knot in a net of human relations,” says Montemagno.