E-vehicles: a stronger role for cities

EU lawmakers are asking that cities and regions be granted a seat at the table and contribute to high-level discussions on zero-emission vehicle infrastructures.

In a 3 October new draft position, the European Parliament’s Transport & Tourism Committee urged national and EU authorities to seek the involvement of their local counterparts in the design and implementation of strategies to install e-vehicle charging points.

The position is part of a legislative effort to revise the Alternative Fuels Infrastructure Regulation (AFIR) to build a widespread and functional network of alternative fuel charging points across the EU. This would be a necessary step to encourage the uptake of zero-emission mobility, as consumers will only opt for cleaner vehicles if they’ll be able to power them with ease. 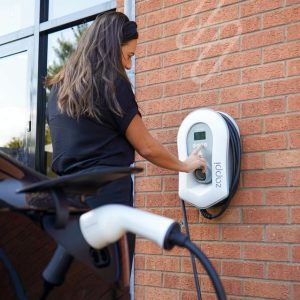 The decision is a much welcome outcome for Eurocities: lawmakers took on board the policy position of our network which for months has been advocating for a greater role and more responsibilities for cities.

If approved, the new rules would also be a game changer for cities: despite being key allies for the promotion of sustainable mobility and provision of crucial infrastructure, local authorities are usually excluded from national strategies on alternative fuels.

As the uptake of electric cars increases, municipalities are expected to play a strategic part in encouraging e-vehicles’ use while limiting their impact on public space.

“Cities have always been strong promoters of cleaner modes of transport to make urban areas better fit to live in and more hospitable for their inhabitants. In recent years, these efforts have become more urgent, and cities are ready to step up to the challenge,” said Jean-Claude Dardelet, Deputy Mayor of Toulouse and Chair of Eurocities Mobility Forum.

“The vote of the Transport & Tourism Committee acknowledges cities’ contribution and enables a better alignment between cities’ priorities and national and European endeavours,” Dardelet added.

In the past year, the French city has been deploying significant efforts to promote the use of electric vehicles by facilitating the installation of 250 charging points.

Thomas Lymes, Policy Advisor for Mobility at Eurocities, called the draft position “a step in the right direction”. “It acknowledges the need to strengthen the role of local authorities and their impact on urban life quality,” Lymes added.

Not the end of the road

The Transport Committee’s position will eventually lead to new regulations on the deployment of alternative fuel infrastructures.

However, before getting the final seal of approval, the draft will need to follow further legislative steps: in mid-October, the European Parliament will vote on the Transport Committee’s proposal and then seek an agreement with EU member states.

Throughout this process, lawmakers may continue to fine-tune the legislation and make changes to it.

“We hope that there will be room for improvement on certain aspects such as the much-needed exclusion of public transport infrastructure from the scope of the regulation or on the targets for urban areas. We will keep on working with EU policymakers to make sure cities’ priorities are well-reflected in the final text,” Lymes said.

Cities and local authorities are already planning and implementing the deployment of charging infrastructures.

Municipalities, for example, identify charging locations; they do so by responding to drivers’ needs and, at the same time, by working within and respecting regional and urban constraints.

Seven Eurocities members (Barcelona, Berlin, Budapest, Florence, Murcia, Turku and Rome) are currently testing, implementing and replicating innovative e-mobility measures for better planning of charging infrastructure, interoperability of charging stations, and smart and wireless technologies in their cities. The work is conducted within the framework of the EU-funded USER-CHI project.