Transport, along with the building sector, accounts for 65% of the greenhouse gas emissions in the EU. This is why encouraging a switch to zero-and low-emission vehicles is paramount to the EU vision for a pollution-free, healthier future.

But consumers will not opt for low-carbon cars and trucks unless they’ll be able to power them with ease. So for that transformation to take hold, the uptake in clean vehicles needs to be matched by an equal increase in recharging and refuelling facilities across the EU.

The construction of well-functioning alternative fuels infrastructures – such as electric charging points or hydrogen refuelling stations – remains then a prerequisite in the transition to zero-emission transport, as set out by the European Green Deal.

City and regional authorities are already throwing all their weight behind this plan and making the decarbonisation of transport a priority.

In consideration of their crucial efforts, Eurocities, along with other networks and local authorities, is now calling on the EU to be granted a greater role and to take on different responsibilities.

The appeal comes as the European Parliament and national governments are considering the revision of the 2014 Alternative Fuels Infrastructure (AFIR) directive. 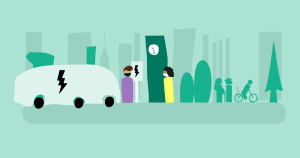 In a joint letter published today, Eurocities, Polis and and CCRE-CEMR ask EU policymakers to revise the legislative act according to the following considerations: