Although Finland fared well through the pandemic in terms of loss of lives and economic impact, compared to other European countries, its capital, Helsinki, was hit the most. The city also went through elections during the pandemic, which was a challenge in itself, but took the opportunity to draft a new strategy with more ambitious climate goals compared to before the crisis.

“This is what recovery means for us,” says Anni Sinnemaki, Deputy Mayor of Helsinki. As part of its ambitious goals, Helsinki aims to become carbon neutral by 2030, reducing its emissions by 80% compared to 1990 levels. “We are doing serious work on emission reduction and transforming the city to adapt to climate change,” adds Sinnemaki.

The Ukrainian war is speeding up the change even more. “The climate reasons are enough, but the war is making us phase-out of fossil fuels even faster because buying from Russia right now means funding the war,” says Sinnemaki.

The 1920s are known in history as the ‘roaring 20s’. How do we want the 2020s to be remembered? For Sinnemaki, although we live in uncertain times, one thing is clear, “European cities should focus on climate and rapid reduction of emissions. We also want to make the transition socially sustainable so that people can keep up with it. So that hopefully, our 20s will result in a truly more sustainable Helsinki and Europe.”

A wish none would object to, but how realistic is it? “I say it is realistic, and I believe we will achieve our goals,” replies Sinnemaki. Of course, to reach these support is needed from other institutional levels. For example, Helsinki hopes that the national level will present new legislation that allows the city to introduce traffic pricing.

Suppose the city was allowed to introduce such measures as distance or time-based fees, congestion charges, and charges designed to discourage the use of certain classes of vehicle, fuel sources, or more polluting vehicles. It could have a more significant and direct impact on traffic management and emissions reduction.

In the meantime, the city can act on things under its direct control, like closing its two coal power plants. The plan is to close both by spring of 2024, a significant endeavour to achieve in two years.

“There’s no time to rest. Especially during this Council period, until spring 2025, we’ll need to make the most crucial decisions regarding 2030,” says Sinnemaki. “The three years ahead of us are where we need to make sure we will reach the 2030 targets.” 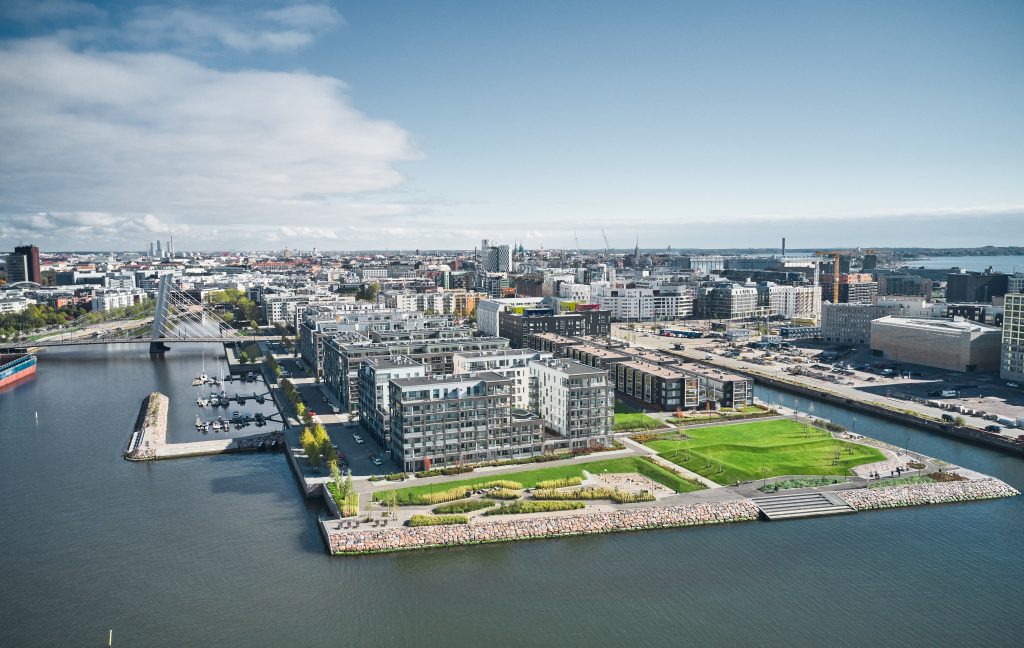 Years of hard work await the team in Helsinki, so it’s all the more gratifying when local and national levels work towards the same direction – Finland has set its target to become climate neutral by 2035 – and introduce complementary measures and legislation.

For energy-efficient building renovations, the city consults and gives technical advice to the housing companies on how best to proceed and directs them towards the appropriate national incentives or grants they can apply for. “On one hand, there’s the city level, which is closer to the housing companies and the ground level. On the other hand, you have the state providing funding for the needed renovations,” explains Sinnemaki.

Another example of complementary actions is the vouchers the national level distributes to car owners who want to get rid of their polluting cars. Initially, this voucher only allowed car-owners to switch to a more sustainable one. Recently this has been extended to include the purchase of electric bikes.

In parallel, Helsinki has been expanding its cycling infrastructure. So, it turns out that most people use the voucher for the electric bikes. “Policies at city and state level have pushed things into the same direction with mutual benefit,” says Sinnemaki.

How to fund recovery

When it works well, it benefits everyone, citizens first and foremost. But it doesn’t always go so smoothly. An example has been the negotiations around the Resilience and Recovery Fund. “That’s where our dialogue with the state didn’t go as we hoped. Some of our more concrete proposals weren’t included,” says Sinnemaki.

Due to its privileged economic situation, Helsinki can get loans for its investment projects. However, this shouldn’t be a reason not to take advantage of other instruments. “For example, financial institutions give lower interest rate margins for house renovation projects that aim to become more energy-efficient,” explains Sinnemaki. “We have noted that it’s easier to get financed if your project considers sustainability.”

The Resilience and Recovery Fund was a welcome help in tackling the immediate effects of the health crises. In addition to this, the city decided to dedicate 70 million euros of its recovery package to the cultural, social and health sectors because the pandemic and its restrictions have especially hit them.

“We will be more equipped to survive a future crisis and find efficient solutions if there is a high level of trust in all government levels. That’s why I think it’s important to rebuild trust, particularly with sectors and groups of people hit harder by the pandemic, like the culture sector, or children and teenagers.”

When prompted to imagine her city in ten years, Sinnemaki paints an inspiring yet straightforward picture. We are walking through Helsinki; it’s the year 2032. “We are coming out of the pandemic and its wounds. The population has continued growing. We are now 700,000. There are young people that have come here to study and work. They bring new energy to the entrepreneurial spirit of the city. Some have come from other countries enriching the diversity of Helsinki, which is historically more homogeneous. And they benefit from the newly opened Museum of Architecture and Design and our beautiful archipelago beyond compare.”

A digital mobility renaissance in Milan

In Bologna, a recovery in full swing