In Bologna, a recovery in full swing

NRRPs, an acronym on everyone’s lips these days, loaded with the promise of a Phoenix-like European Union seizing on the Covid-19 crisis to dust itself off, transforming into a better version of itself.

The 27 EU-funded National Recovery and Resilience Plans (NRRPs) – one for each EU member state – are designed to revive economies from the pandemic’s traumatic impact.

No wonder some equate NRRPs to the Marshall plan, the US-led financial scheme that in the late 1940s helped Western Europe to rise from the ashes of World War II and prosper in the following decades.

National plans, in turn, will draw financial resources from one central money pot, the €723.8 billion Recovery and Resilience Facility (RFF).

The monies will come with strings attached in the form of six EU-wide goals to accomplish by 2026: green transition, digitalisation, education and research, sustainable mobility, inclusiveness and cohesion, health and resilience.

The view from Bologna

In Italy, one of the countries hardest hit by the pandemic, European funds will serve to carry out wide-ranging reforms addressing long-standing and seemingly intractable issues. The end result should propel the economy, foster job growth and guarantee a much-needed and smooth digital transition, among other things.

As one of the main beneficiaries of the RFF, Italy will be granted €191.5 billion in gradual installments between 2021 and 2026.

The first funds are already finding their way to local administrations; cities are beginning to fulfill the NRRPs’ strategic goals, adding to the work carried out at national and regional level.

Boni, who until last year led Eurocities as Secretary General, is now in charge of NRRPs and EU funds in Bologna. Located in Italy’s centre-north, the city is one of the country’s most prosperous municipalities, a business network of vital importance and a major hub for rail and highway connections.

As a metropolitan area, Bologna is hoping to receive a total of €3.2 billion in recovery funds; or at least that’s what the city put in the projects and investments plan that it submitted to the central government. Boni, meanwhile, will supervise the almost €1.2 billion that Rome has already approved.

The largest share of that sum will finance sustainable mobility (€466 million), including a master plan to expand two tram lines that will become pivotal transport arteries.

“We will also have a lot of money for cycling paths; that’s very important, especially in the metropolitan area because there’s a great need to connect the city to its surrounding areas,” explains Boni. “In addition, money will be devoted to the renovation of the public transport fleet that will be powered by hydrogen and electricity,” she adds.

Bologna’s number two priority is to complete an urban and suburban regeneration overhaul worth €227 million.

“We’ll focus on the regeneration of public areas and public infrastructure,” says Boni.

“We’ll construct new buildings while pre-existing ones will undergo a sustainable renovation, in line with the goals of the Green Deal. We’ll upgrade parks and gardens but also public theatres and museums as part of our urban and suburban regeneration effort. We’ll create green and pedestrian islands. This extensive makeover will inevitably have a social impact because by improving these infrastructure we’ll make those areas more attractive and more liveable,” the deputy mayor explains.

“I feel the pressure”

Over the next four years, the city will experience a metamorphosis on an unprecedented scale.

With the 2026 deadline looming, there is a lot to accomplish over a short period of time. “Yes, I feel the pressure,” says the deputy mayor. “We’re really trying to put in place a system to monitor the funds that we’ll receive, to ensure that everything will be done correctly, according to the rules, and without delays. I’m not concerned. It’s just that the system requires a lot of resources.”

But if Boni is confident about reaching a laundry list of objectives, she’s also outspoken about the potential dangers lurking behind such ambitious plans: “I see a lot of risks,” she cautions.

“For starters, all these funds will be allocated in a short period of time and that will mean that projects may become difficult to manage. We’ll have many construction sites in town and all over Italy operating at the same time; that could increase the price of raw materials or result in their shortage. The same goes for skilled professionals: with so many construction sites, qualified workers with the skills necessary to carry out the job may suddenly become unavailable. And let’s not forget potential energy issues resulting from the war in Ukraine”. 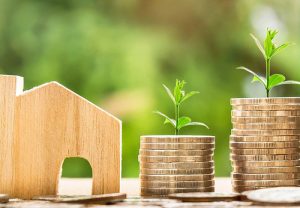 “In addition, every time we have a building site, we’ll need to come up with solutions to help residents deal with the disruptions that come with it,” Boni remarks. “It will mean, for example, offering alternative routes whenever we have to close roads to traffic and that, in turn, will increase our public spending.”

At the same time, while implementing NRRP-funded projects, local authorities will be bound by rigid criteria, procedures and regulations set at EU and national level. EU funds will reach national governments on a six-month basis only if targets are achieved according to Brussels’ timetable.

For cities, this will result in working non-stop to meet implementation deadlines while national governments will monitor progress at local level and regularly audit projects. Boni calls this an excessively centralised and bureaucratic process. “It would be much easier if the national government was directly connected to cities and if we just had a lighter vetting method,” she says.

“There are issues about capacity in cities, especially in the smaller-sized ones. One message that I would like to send the European Commission’s RRF taskforce is that municipalities need capacity to develop and manage projects. The national government should help us develop our capacity. They should copy the technical assistance and capacity building model of the EU Structural Funds. The idea is to allow us to recruit experts according to cities’ and projects’ specific needs,” Boni explains.

Lest we forget, it’s in cities that the majority of Europeans live and where most NRRP funds will revamp post-pandemic life.

Last year, the EU told member states to engage municipalities in the NRRPs’ design and monitoring process. As Eurocities’ Secretary General at the time, Boni was among those advocating for expanding the role of cities. What’s her take now that the NRRPs machine is in motion?

“The European Parliament asked for cities and regions to be involved in the design of national recovery plans,’ says Boni. “However, that didn’t happen in a meaningful way because of the tight schedule and because each member state has a different way of engaging with municipalities. During the project submission phase, the situation has improved and it will hopefully continue to do so in the implementation phase. We have a shared interest in making the NRRPs a successful experience for our country and for our citizens.”

If crisis can be deemed opportunity, municipalities are committed to learn from the the Covid-19 challenge and use that knowledge to build back better cities for all. Financial schemes fostering recovery will help municipalities to go beyond the much-needed digital and environmental transition of our time to bring transformational change that is #MoreThanRecovery.