Back on track in Bristol

Bristol, the heart of England’s South West, has not been left untouched by the wild year that is 2020. Suffering from the covid-19 crisis like many cities, Bristol also shot to fame outside of the United Kingdom in June when a statue of Bristol-born slave trader Edward Colston was dumped into the city’s harbour by Black Lives Matter protesters.

In response to this year of shock and awe, the city council has drawn up an economic recovery plan built around three key themes: People and labour, business and investments, and Bristol’s places. We spoke to Councillor Craig Cheney, the city’s Deputy Mayor for Finance, Governance and Performance, about how Bristol is weathering the storm that is battering cities across Europe.

What was the state of Bristol’s economy just before the pandemic? What has changed?

Bristol has one of the strongest economies in the UK. For example, we’re the only net contributor to the exchequer outside of London – the only city that takes in more in taxes than receives in funding in government. In terms of the sectors that have been hit, it’s the ones that you would expect: the restaurants, shops, theatres, visitor economy and creative culture. It’s always been a thriving and vibrant economy, and this even comes with some of its own problems, such as gentrification. What we’ve seen is a lot of people moving from London to Bristol. We’ve seen people who live near the centre gradually being pushed further out of the city as house prices rise and more people move here. 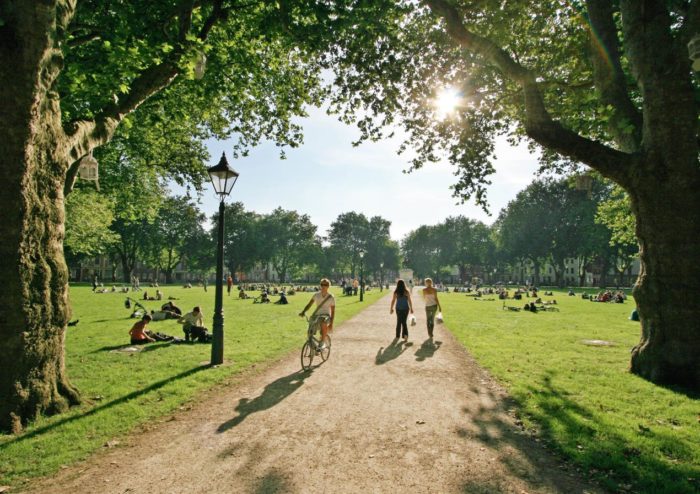 Will this movement of people from the UK capital – a side-effect of COVID-19 – speed up Bristol’s gentrification?

I think it probably will. We’ve also got the electrification of the rail lines between Bristol and London that will speed the journey to just an hour, effectively commuting time for people in London. We understand that this is a problem, and we’re trying to do what we can. Gentrification is a difficult thing when it’s gentrification and not regeneration – why shouldn’t the poorest parts of the city have nice bakeries and nice coffee shops? But what if the endgame of that is that the communities that have lived there for a long time are forced out? If they can’t afford to live there, that’s a negative thing. We have very ambitious schemes for building affordable housing and council housing. We don’t want to build ghettos, we want to build good, integrated, mixed, balanced communities, but we’re not in control of the whole market.

How does the renewal plan ensure that it is inclusive and helps these marginalised communities?

Through the strategy’s three themes, there are the priorities of reducing poverty and inequality, increasing resilience and environmental sustainability, and enhancing the economic and social well-being of every community. If we take the ‘people and labour’ theme, there will be a huge focus on skills and re-training, and we’ll also look at addressing the digital divide. Unemployment rates are shooting up in the areas where the poorest people live, and they’re not shooting up the same way in the areas where the more affluent people live. COVID-19 is exacerbating that existing divide. As children go through school, those who have a nice big house with a nice big dining table where they can sit and do their homework on their own laptops will have a very different experience than those who are having to struggle in a one-bed flat with their mum and dad and trying to do it on the sofa on a bit of paper. You’ve got children that are finishing school who are unable to apply for jobs because the application process will probably be online, and a lot of jobs will be directly advertised as working from home. You can’t work from home if you don’t have broadband or a laptop. We’ve got a lot of work on connectivity out to those poorer parts of the city – we’re building new fibre networks out to some of those parts and we’re working with schools to deliver laptops to these people.

Bristol also has many disadvantaged residents from Black and Minority Ethnic (BME) backgrounds. The city also saw large protests during the summer linked to the Black Lives Matter movement. Did this change Bristol’s way of thinking about the COVID-19 recovery?

It did change the thinking a little bit. We’re a city that has Europe’s first directly elected black mayor, and it’s a fairly progressive city, so it’s not like BME communities aren’t front-and-centre in our thinking anyway. But there are some groups that feel alienated by that conversation. We need to bring everyone with us on that journey without alienating any group in any way. But we know in Britain that people from a BME background were being hit harder by the COVID-19 crisis and a lot of that comes back to employment and housing and so on. They tend to live in the poorer areas and work in the retail sectors and the care sectors – sectors that are being hit hardest. So, it comes back to the subject of inequality. 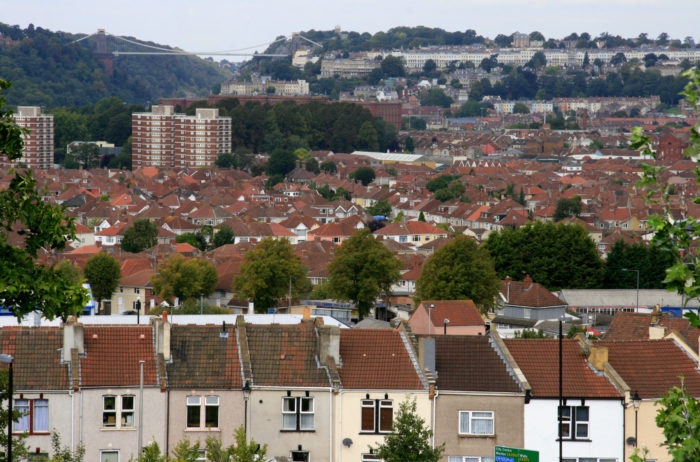 It’s not just inequality in social background that is important but also in age – more Bristolians are under 16 than over 65. How will the city ensure young people have a future after the pandemic?

There’s a generation of kids who should have gone through a transition year as they finished their final year of school and did their exams, and who also missed out on vocational training and vocational advice. It can’t be understated what this will mean – a lot of people will struggle in ways that those of us who graduated or finished school ten years ago wouldn’t have experienced. Unemployment rates have also shot up for the 18-24 range. We have plans to increase work experience – often work experience happens when a teenager says, “my dad knows a person who works at firm X, so I’ve got my apprenticeship there”. If your parents don’t know anyone, or your parents don’t work, or you’re in a single-parent household, you may not get the experiences or skills that are needed to step up. We’ve always made good quality work experience and apprenticeships a priority of the council, and it was a pledge from the mayor. We’re working with employers on apprenticeship schemes and we’ve got plans in place, but there definitely is still a problem.

“I’m excited about the future”

Another potential economic blow on the horizon is Brexit, which will take Bristol out of the EU against its will – in 2016 the city voted to remain. With the compounded effect of the coronavirus crisis, how do you expect this to affect the city?

Immediately after the Brexit vote, we set up a taskforce and produced a response plan, and this will now just form a part of the economic recovery plan. As we move forward in the next six months, the recovery plan will have to take into account the potential Brexit implications. Bristol still has a Brussels office, and we have no view of breaking that tie, but we’ve been working with other countries to make sure that we maintain good relations with countries outside the EU too. There is a significant financial cost to Brexit. It’s a huge concern, particularly to employers. But it’s also cultural. We’re a city of 91 languages and people come from 180 countries around the world – many of whom come from EU countries – who will all feel impacted by this. It changes people’s experience of a city when they feel unwelcome.

Many have prophesied the death of city centres due to COVID-19. Is this possible for Bristol? What does the plan do to stop it?

Coronavirus has had a huge impact on the city centre. We’re not alone in this, the rise of digital shopping was already a problem for the city centre and for local high streets. Places that used to be local shops have now become a row of takeaways and betting shops, it’s an indication that a place that used to be thriving is now mostly closed during the day. The city centre is not even a quarter as full as it would usually be, the number of people working in offices dropped off in March and has not picked back up ever since. It’s not good news if you run a city centre business, but a positive that may come out of that is a revitalisation of our local high streets. We’re focussing on some of them in areas of deprivation, where we’re trying to fill them with people who are staying local and enable them to go to a nice cafe or shop at the local butchers. We’ve also been using quieter streets to enable a greener approach to the city centre. Bristol has a problem with air quality, and we’ve taken steps that would have taken much longer in different circumstances. We’ve closed Bristol Bridge, which is a big deal, and we’ve worked on walking and cycling infrastructure. I think there will be a shift overall in the city, with fewer retail units and not as many bars and things to do as there are today, but there will be a revival of the city centre which, I hope, will be more green and sustainable.

As a resident of Bristol, how do you hope the city will look after the pandemic?

I hope that we will have a greener and more inclusive city, we will resolve the issue around a gradual decline of shopping, and a rise in local high streets. I’m hoping it will be more liveable, better integrated in terms of transport infrastructure, and more sustainable. I’m excited about the future.