Is Virtual Reality the next step for online learning?

An unexpected school closure used to be what some pupils dreamed of. The past two years have transformed it into a nightmare. A UNESCO study predicts that 100 million children “will fall below the minimum proficiency level in reading due to the impact of school closures,” and 24 million are at risk of dropping out.

The move to forced online teaching has thrown teachers and students in a new world without time to develop the necessary skills, tools or knowledge. This disruption has affected students and teachers’ physical and mental health, their learning curriculum, and increased inequalities.

While much still needs to be done to bridge the digital divide to make online solutions more accessible to all, some cities are exploring different ways of doing distance learning that will feel less alienating than zoom calls.

Every child should have a place in a classroom

— Lèv Grünberg, developer at Digitization for Learning for the Municipality of Kungsbacka

The city of Kungsbacka was already working on a solution testing Virtual Reality (VR) for distance education before the pandemic made digital solutions for learning unavoidable. The Inclubit-360 project targeted students with a physical or mental disability, illness or other difficulties that prevented them from going to school.

“Every child should have a place in a classroom,” says Lèv Grünberg, developer at Digitization for Learning for the Municipality of Kungsbacka. “It is a human right, and this also applies to children who may have difficulty getting to school for various reasons.”

The idea is that a VR experience would be more interactive and immersive than a simple online meeting room and, therefore, less alienating for the student who joined from home. Participating in lessons remotely takes on a whole new dimension with VR. “You step right into the classroom virtually and can hear and communicate with others in the class as if you were there,” says Grünberg.

In practice, the student at home would wear a VR headset, while the teacher in the classroom would set up a 360° camera. Via their browser, the student will then be able to follow a 360° broadcast of the classroom that would allow them to interact with their teachers and fellow students in real time. 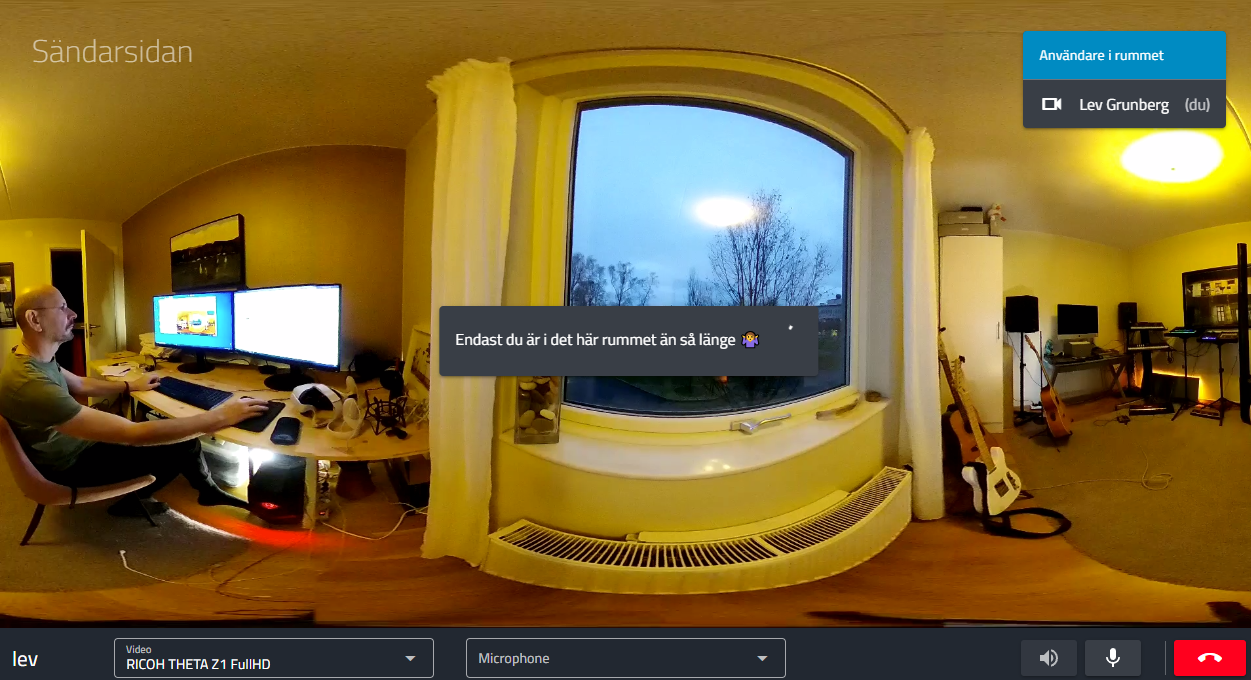 So far, two students have tested the solution in spring 2021 in two different primary schools. It’s too early to say what the effects are, and more careful testing is planned, but “the first reaction from the students is positive” assures Grünberg.

“There is research that 360-video helps patients who suffer from phobias, and which is used today as a method of rehabilitation,” explains Grünberg. “We are in the starting blocks with Inclubit-360 and we are waiting with excitement the results from researchers from the Chalmers University of Technology who are currently following a number of students in high school.”

A test run in Kungsbacka showed that participating students made progress in terms of increased attendance and had a better learning experience. In addition to the direct feedback from the student, the test was followed by the student health team, the headteacher, and their parents.

What makes Inclubit-360 unique is that it doesn’t use commercially available products as they wouldn’t meet GDPR. After developing a Personal Data Processing Impact Assessment (DPIA), the city’s Data Protection Officers, the Pre-School & Primary School and Upper Secondary School & Labour Market administrations decided to go a different route. “Ensuring that no data is recorded or stored during and after the broadcast has been the absolute highest goal of Inclubit-360 in terms of GDPR and greater protection of the students,” says Grünberg.

Kungsbacka’s solution is based on brand new software developed by Rise in collaboration with the city’s team. The software can be hosted on a local server, thus not depending on cloud services, doesn’t store data and makes recording the broadcast impossible.

The software also solves another common issue with online broadcasting. Livestreams like Youtube or Facebook have about a 20-30 second delay, which doesn’t make it possible for a student to feel like they are reacting in real time. The Inclubit-360 software has a delay of around one second, which on the contrary, works as an immediate interaction.

However, the project also has some limitations, the biggest so far being that only one student per class can join via VR-headset. Further developments aim to increase this number and integrate PowerPoint and other digital tools used in the classroom.

Improving, scaling up and reaching out

Is your city starting to think, “how can I get my hands on this”? It might be easier than you think as Kungsbacka has developed the software as open source and is already available on GitHub. The city would also be happy to exchange their experience with anyone interested in knowing more about their process.

While the work continues to test and improve the solution for distance education, the team in Kungsbacka is also working at expanding the idea to other sectors. “In addition to schools, this solution can certainly be used in care, nursing homes, interviews, research and more,” says proudly Grünberg.

For the moment, they have submitted a project application to the Swedish Innovation Agency Vinnova for a pilot project testing the technology for theatre productions. The aim is to use Inclubit-360 to stream events in real time for an audience that participates remotely. The expected benefits are both to reach a wider audience and to enable new ways of creating culture.

*Inclubit-360 is a collaboration between Kungsbacka municipality, Rise (Sweden’s research institute) and Eskilstuna municipality. The idea and initiative came from Kungsbacka. Rise has developed the software. The software has also been tested in primary schools in Eskilstuna.

Wilma Dragonetti has mainly been a visual conjurer at EUROCITIES. She has played with words all her life and has grabbed the opportunity at the start of a new decade to move this hobby into her daily work. Chasing compelling stories from cities is her new objective.