Look at recent maps of electric car buyers in Europe and you’ll see who the cool kids in town are.

Germany tops the list, though if you think this is the usual north-south divide, you’ll be surprised: e-vehicles are also gaining a foothold in Italy and Spain.

With the EU set to limit toxic gas emissions and considering a ban on fossil fuel cars by 2035, pressure to hasten the electric transition has governments rushing against time.

But in the Europe-wide race to promote electric driving, no kid is cooler than Norway: 64.5% of all new cars purchased last year were electric, with a 77.5% yearly high in September. By contrast, the total of all petrol and diesel car sales accounted for a meagre 5%.

— Marina Acting Head of Section for Sustainable Mobility in Bergen

EU countries have a lot to learn from Norway. In the last decade, the government has been offering generous financial incentives – mainly in the form of tax breaks – to encourage sales of electric models. Cities, meanwhile, have been giving national plans a local push by waving parking fees, lowering highway toll charges or allowing e-cars to drive on bus lanes.

Yet, Norway’s unprecedented accomplishments also prove how you can have too much of a good thing; so much so that capping e-car numbers is now becoming a necessity.

After all, filling urban roads with electric vehicles is not the end goal.

With private e-vehicles aplenty driving in town, Norwegian cities like Bergen are re-thinking the very incentives that fostered this success. Ultimately the aim is to limit cars, no matter the type, to make way for green areas, public transport, walking paths and other measures that could boost urban life quality.

In this conversation with experts from the municipality of Bergen, we wanted to know more about what Norwegian municipalities are doing right, and what others could learn from Europe’s e-vehicles miracle kid.

What measures did you implement both at national and local level to foster electric car use?

We are re-defining space on our streets to prioritise other modes of transport.

— Marina Acting Head of Section for Sustainable Mobility in Bergen

In Norway, there are tax reductions on e-vehicles so, for consumers buying electric cars is more convenient than buying fossil fuel equivalents. Even if e-cars are more expensive than fossil fuel types, they become cheaper once taxes are deducted. In addition, fuelling a car with petrol is more expensive than charging an electric vehicle, which lowers an electric vehicle’s overall running cost.

In the city, we have toll rings where e-vehicles pay around 20% of the full price compared to fossil and diesel car. The national government doesn’t allow municipalities to charge electric cars going through toll rings more than 50% of the full price. Now we’re seeing that electric car numbers are increasing: 30.32% of the fleet in Bergen is now fully electric. There’s more electric cars than petrol cars and more electric cars than diesel cars which is interesting because yes, we want electric cars but we also want to reduce overall car use. So now we have to find a balance: keep the incentives that prop electric car sales without increasing overall car-use. At a national level, from 2023 all e-cars in Norway that cost more than €60,000 will be charged a regular 25% VAT fee.

It seems that thanks to all these financial incentives people continue to drive cars while Bergen wants something else.

Yes, people are not changing their travel habits. They think ‘Ok, I’m travelling with an electric car then it’s fine, I’m not polluting, I’m environmentally friendly.’ Instead the city is facing a lot of other hurdles such as congestion and lack of space. Cars take space and an electric car takes as much space in the city as a fossil fuel car.

What’s your ideal scenario, then, when it comes to sustainable mobility planning?

97.2% of all cars purchased in Bergen were either electric or hybrid

Our goal is to have fossil-free transport in Bergen by 2030 as well as to reduce the number of cars and car traffic. In that respect, incentives for electric cars are hindering our efforts to reduce private car traffic. Yes, we want electric mobility, but we’re also really focused on shared mobility. We’ve already set up seven mobility hubs and we’ll create other three in the next few months. Mobility hubs offer easy access to several transportation modes, and make it easier to live without owning a car. Our hubs always include electric shared cars, combined with one or more of the following: shared bikes, bicycle parking, e-scooters, charging stations for private cars and access to public transportation.

In the future, our main goal is shared electric mobility. I think that shared mobility is also a way to foster social inclusion and to make electric cars more accessible to everyone. We’re working to foster cycling, facilitating walking. Right now we are looking into how people shift from car ownership to shared mobility. How does that influence their travel habits all together? What we are seeing from other cities is that people who use shared cars travel less by car. When they don’t own a car, they are more into cycling, walking and travelling by public transportation. 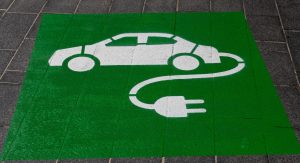 Do you have a strategy to encourage different types of sustainable mobility?

I think it’s a mix of facilitating shared mobility and making it harder to use private cars. For example, in all urban areas we are decreasing the space assigned to curbside parking. We are re-defining space on our streets to prioritise other modes of transport. For example, we are building cycling infrastructures, broader pavements and making these areas more attractive by planting trees and benches.

In other cases, while we reduce parking spaces for private cars we still leave slots for shared vehicles.

When did the transition to electric vehicles start in Bergen?

It began around 2014 and back then e-cars were only 1.45% of all vehicles in Norway. From there it just grew exponentially.  Increased battery capacity and e-car models with similar features as fossil fuel cars helped to push it further, along with economic incentives. And now it’s increasing exponentially, the curve is going up to the roof. If you look at new car sales in January and tally both hybrid and e-cars,  97.2% of all cars purchased in Bergen were either electric or hybrid, with 87,4 % fully electric. Fossil fuel cars sales were only 2.5%. However, the growth is about private cars. Sales of electric vans, buses and trucks are behind because batteries to power them aren’t strong enough and don’t allow them to cover long journeys.

The switch from fossil fuel to electric vehicles can only happen in parallel with the construction of electric charging stations. Where’s the energy to power them coming from?

Over 97% of the energy used to recharge e-cars comes from hydropower, so we’re quite lucky. All the rain we have helps.