The power of teaming up locally

The smell of wood, painted ceramic colours, handcrafted engraved glass, voices in different languages, and the taste of eco food all hang in the atmosphere of Eta Beta.

The Eta Beta cooperative transformed abandoned public land into a beautiful renovated space full of life where hope, love, social values and art flourish, just like the vegetables planted in their garden. For this reason, it was presented as a key example of a good practice in stimulating the social economy at Eurocities’ Social Innovation lab in Bologna.

Indeed, the social economy is so important to Bologna that the city’s mayor, Matteo Lepore, actually held his wedding at Eta Beta.

Another such example was Le Serre. ‘Eat eco, buy local, engage the most vulnerable’ could summarise the motto of social economy businesses such as Eta Beta or Le Serre.

Visiting the green spaces of Le Serre became uplifting thanks to a combination of natural life, contagious staff excitement and cultural activities for all. Le Serre and Eta Beta are places of love, inclusion and inspiration, art, sustainability and diversity. Both are places you leave thinking of coming back.

Those activities that focus on the social impact rather than just economic profits, such as cooperatives, organisations, associations, public initiatives and social projects, are examples of the social economy. Using the social economy to drive a fair transition towards climate neutrality was the theme of this year’s Social Innovation Lab, where Bologna stood out as an excellent example.

Solution to the energy crisis?

The role of cities in just energy transition can be enhanced through innovative and flexible arrangements such as public-private partnerships and cross-sector collaboration. For instance, by liaising with social economy businesses such as Eta Beta or Le Serre. A fair transition should involve citizens and communities to guarantee the social element is considered.

The plan emphasises a spillover effect that the cooperatives, energy communities and other social economy organisations have in addressing local social issues, since they can reinvest profit from their activities back into the community. This makes them useful allies for the local governments in their quest to address local socio-economic challenges, including energy poverty.

For Silvia Ganzerla, Policy Director at Eurocities, “cities have a great potential in bringing practical solutions.” Indeed, municipalities have a crucial role in developing and harnessing the potential of the social economy to build resilient communities, from creating fair and decent jobs and inclusive labour markets to encouraging bottom-up solutions and innovating with new business models.

However, the most pressing global challenges have a social impact that municipalities face. For example, rising inflation and the subsequent rocketing energy prices expose vulnerable low and middle-income households to unaffordable energy bills and aggravate the level of social disparities.

“The transition towards new modes of consumption is the challenge we’re facing now,” states Emily Marion Clancy, Vice-Mayor for Housing at Bologna City Council. Clancy insists on investing in energy solutions as “energy poverty is even more harmful to those that are fragile.”

Anna Lisa Boni, Deputy Mayor for EU/Recovery Funds, Ecological Transition and International Relations at Bologna City Council, states there are “difficulties for households, even in families earning more than one salary.”

For those reasons, short-term measures are being implemented by local governments to help households face rising energy costs. European cities decided to allocate municipal budgets to expand the number of families eligible for the energy programme, set up energy bonuses, or disburse additional energy allowances.

Ronald Venderbosch, Social Director of Utrecht, adds that “crises hit our cities first, and we are hit hard, no matter the preventive measures taken. Besides this, we’ll expect the energy prices will stay high even after the winter, thus, it is now time to take action.”

Eurocities issued a political letter on tackling the energy crisis and implementing RePowerEU last Wednesday. Last week, the energy crisis was raised in the meeting that Eurocities mayors had with the President of the European Commission, Ursula von der Leyen. Meanwhile, cities are acting. Indeed, Schmit highlights that “before the EU, there was a Europe of cities.” 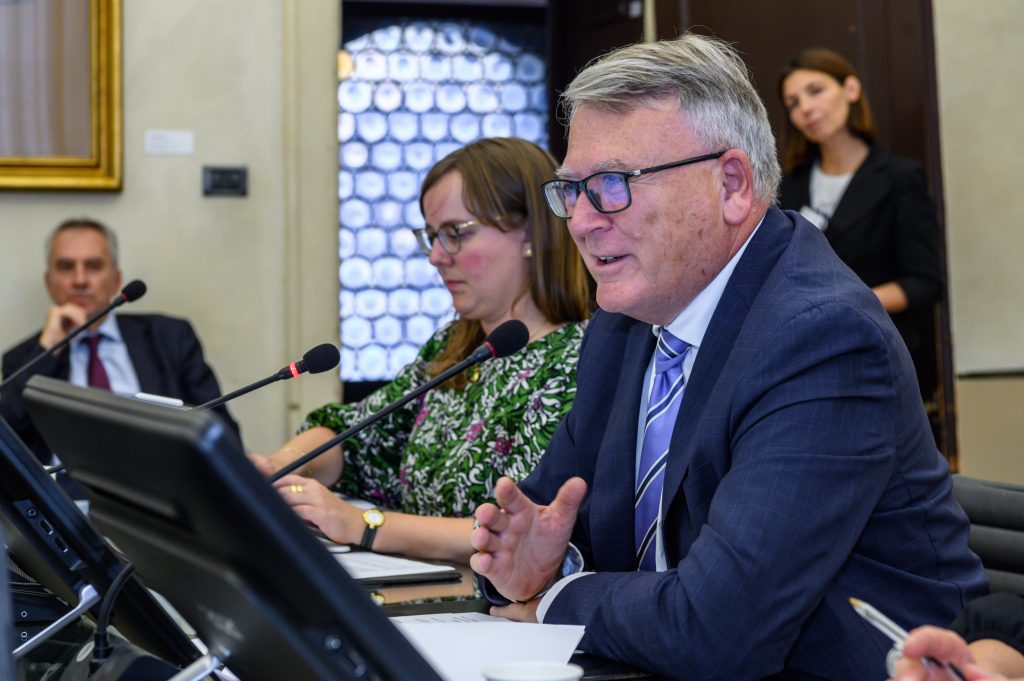 However, municipal budgets and local social services are already stretched, sometimes beyond limits. Sessions on alternative ways to finance local activities took place during the lab with innovative ideas such as participatory budgeting, crowdfunding or grants from the European Investment Bank.

To respond to the pressing need to work together on decarbonisation, tackle social exclusion and energy poverty and contribute to the green transition, cities need better access to finance, but also pathways and guidance.

In the longer term, the answer in the fight against energy poverty may be renovating housing stocks. According to Schmit, this should be accelerated since it can address the health and wellbeing of vulnerable people while reducing their energy bills.

Bologna leads the renovation of 1975 buildings in Villaggio Gandusio. Energy efficiency measures are implemented along with accompaniment and social mediation to ensure social and cultural diversity when accessing refurbished houses. 35% of measured energy is saved through thermal coats, highly insulated windows, and high levels of heat and noise insulation.

Elena Jereghi is the community activator working with residents of the public housing, which caters for many residents of local and international origin. Those who live in the buildings can always contact her for support and help, as she boosts cohesion among the community.

On a more general note, the Renovation Wave brings a once-in-a-lifetime opportunity to make city buildings less energy-consuming, more liveable, and affordable for everybody. Striking the right balance between renovating the building stock and ensuring housing affordability is essential.

“A lot of investments and support should go to cities to spend in housing, renovation of buildings,” adds Schmit. Additionally, he mentions that a significant investment should be in place through the Fit for 55 package. The package considers local realities and resources, leading to a fair and inclusive energy transition.

The Social Innovation Lab made clear that cities are working with social economy stakeholders, other levels of government and peer municipalities to mitigate the social impact of global challenges in Europe.

The event brought together over 70 representatives from more than 30 cities across Europe to discuss the impact of the energy crisis and pathways for a socially fair transition that would tackle inequality and energy poverty through climate action.