How does your city use and manage your digital data?

Running an efficient public administration today requires the collection of certain bits of data. Does your parked car have the right to be there because you already paid your fees online? How would you like to report a dangerous traffic situation or a maintenance issue on your street or in your local park? In many cases, it is simply easier to organise this online, and to collect and organise this data your local city administration is likely to utilise a number of algorithms.

Of course, you have a right to know what data is being collected from you, even when it is anonymised, and not always relatable back to you as an individual. The solution is an algorithm registry, which is simply an online list of these various algorithms, with a brief explanation of where, how and why they are being used.

However, in the interests of not only good use of data, but data transparency that can be easily understood, it is far better if any such algorithm registry is built on a common set of rules. What scope of information is needed when we want to collect data? How can we collect meaningful, comparable data that leads to greater efficiencies in e-governance, rather than inconveniences? And, how do we use and manage data for various applications?

Over the past half year, a group of Eurocities member cities have been tackling some of these questions, and considering the technical and ethical use of data, in order to create a common system that can be easily adopted by all cities.

A window into AI use

With more data produced every day in our cities, there is a growing need for a socially responsible management and use of data-generated knowledge to improve decision making and enhance the efficiency of public services.

Helsinki and Amsterdam are two of the first cities to create a registry. On its website, Helsinki describes its algorithm register as “a window into the artificial intelligence systems used by the city of Helsinki,” and Amsterdam complements this by explaining that all residents of the city “should have access to understandable and current information about how algorithms affect their lives.”

Building on this existing work by Amsterdam and Helsinki, Eurocities Digital Forum Lab has developed an open-source data schema – which sets out a common method that any city can adopt when it creates an algorithm registry. 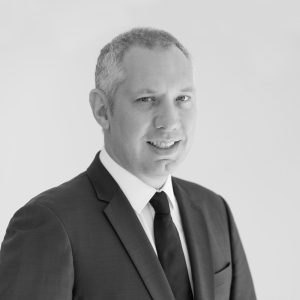 “The efforts undertaken by these cities aim to set a standard for the transparent and ethical use of algorithms while their use is still in its relative infancy across city administrations in Europe,” said André Sobczak, Secretary General, Eurocities. “In this way they seek to offer both a safeguard for people whose data may be used by algorithms, and have created a validated model that other cities can use straight away, without having to invest further resources themselves,” added Sobczak.

To get a better understanding of the new data schema developed jointly by the cities of Barcelona, Bologna, Brussels Capital Region, Eindhoven, Mannheim, Rotterdam and Sofia based on the example set by Amsterdam and Helsinki, Eurocities spoke to several of the city staff who have worked on this joint endeavour over the past six months.

The seven cities utilised the existing work done by Amsterdam and Helsinki to figure out what had worked well, and to discuss any potential pitfalls already encountered. They also discussed national and cultural differences to data: for example, some were more concerned with data transparency, and some with citizen participation in the digital sphere.

Barcelona, which published a strategy on artificial intelligence a little over one year ago, has a strong focus on ensuring that its use of AI remains people-centred and does not violate human rights, according to Paula Boet Serrano, Project Manager for Digital Rights in the city of Barcelona. One part of Barcelona’s strategy includes ensuring that a risk assessment is made on new cases of AI use to determine what impact it has on people. For example, AI used in social services or related to employment issues may receive a high priority to be reviewed to ensure it does only what it is supposed to do.

“In Finland overall, trust in the public sector is very high,” states Pasi Rautio, Service Manager in the strategy department, Helsinki. Consequently, one motivation for the leading work undertaken by Helsinki is to keep this good relationship. “If we use these new technologies that some people are afraid of, and we are not open about how we are using it, we could lose that trust,” he adds. 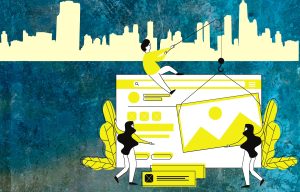 Although AI can be an important enabler to improve public services and support policy making, its application also brings ethical concerns. For example, complex algorithms in automated systems trained on biased data may transpose bias to groups of citizens. Algorithm registers offer transparency about the development and implementation of algorithms and provide an important safeguard for the responsible use of AI.

Moreover, using a common data schema for such registers supports a model that can be shared and copied by other cities.

Despite this, one challenge that all cities face is simply finding all current uses of algorithms across city departments and services, so as to be able to list them in one place, (i.e. via an AI registry).

“We have almost 40,000 people working for the city,” explains Rautio, “and we have lots of projects going on. So, we don’t know if we have registered entirely all our algorithms, and there is also a question over the definition of AI, and what exactly should be included in the registry.”

One way that Helsinki has affected a better approach to this is by creating specific teams within the city administration that work on targeted aspects of the digital transformation, such as AI or data and analytics. In this way, when other colleagues within the city administration start handling something that might involve AI, they are now much more likely to do so in conjunction with the team of specialists, and consequently know that any algorithm is shared in the registry.

Similarly, as Jochem Cooiman, Innovation Officer for the city of Rotterdam, and technical Vice Chair of Eurocities Digital Forum explains, “in August last year, we created an external Algorithm Advisory Board that looks at what we’re doing and whether we’re doing it in the right way. The idea is to remain transparent to all of our stakeholders, whether they’re within the administration or external.”

In the Brussels Capital Region, which has not yet started to build its algorithm registry, the first discussions, according to De Lestre, show that the challenges revolve around communication. Finding the right balance in providing adequate information about an algorithm without overloading people, and making sure their use it not seen as an additional burden but as a public good, are all items on the minds of administration officials.

Thanks to the shared work on the data schema, all the cities involved in this project will soon start publishing their very own algorithm registry. And, given the works open-source nature, it means other cities can do the same.

For De Lestre the collaborative nature of the endeavour so far has provided a solid foundation for moving ahead with the tendering phase, and was all the more profitable because sharing experience with peers meant that people were able to open up about and collectively reflect on previous failures, making the outcome stronger.

“If we produced an algorithm registry as a public organisation by ourselves, that would be fine to start with,” says Cooiman, “but it would not work in the long run. As cities, we’re all dealing with multiple challenges which includes threats and opportunities for AI or for data or for immersive technology. And we cannot deal with these challenges just as one city. We need to connect with cities on a national and international level.”

Given the passage of the EU’s AI Act, it’s clear that keeping people safe online is high on the political agenda. However, Boet Serrano points out that what cities are doing so far is entirely voluntary, and further legislation for all public bodies to disclose information on their use of AI might be a next logical step.

Indeed, as Rautio notes, given that AI is gaining an increasing presence in people’s lives, and that all levels of government will have to find ways to explain its use to their citizens and residents, “it would be best if that can be done the same way everywhere.”

You can find the full data schema here.