“As far as the green and digital transition go, you are on the frontlines and have so much to tell us,” said Commissioner Thierry Breton addressing cities at the ‘Smart, Green and Resilient Cities and Communities – Dialogue between EU Mayors and the Commission’ event held on December 2*.

“Examples of good practices are in all our cities,” added Boštjan Koritnik, Minister of Public Administration for the Slovenian Presidency. “Cities and communities are launchpads for the green and digital transformation.”

The commissioner thanked mayors for their work, especially in the past two challenging years and repeatedly stressed the availability of the Commission to help: “We stand with you. This transformation is a story of one generation, that’s why our goal is 2050, but we need to start now. No time to lose, just rush! We are here to come up with the right tools to make it happen.” 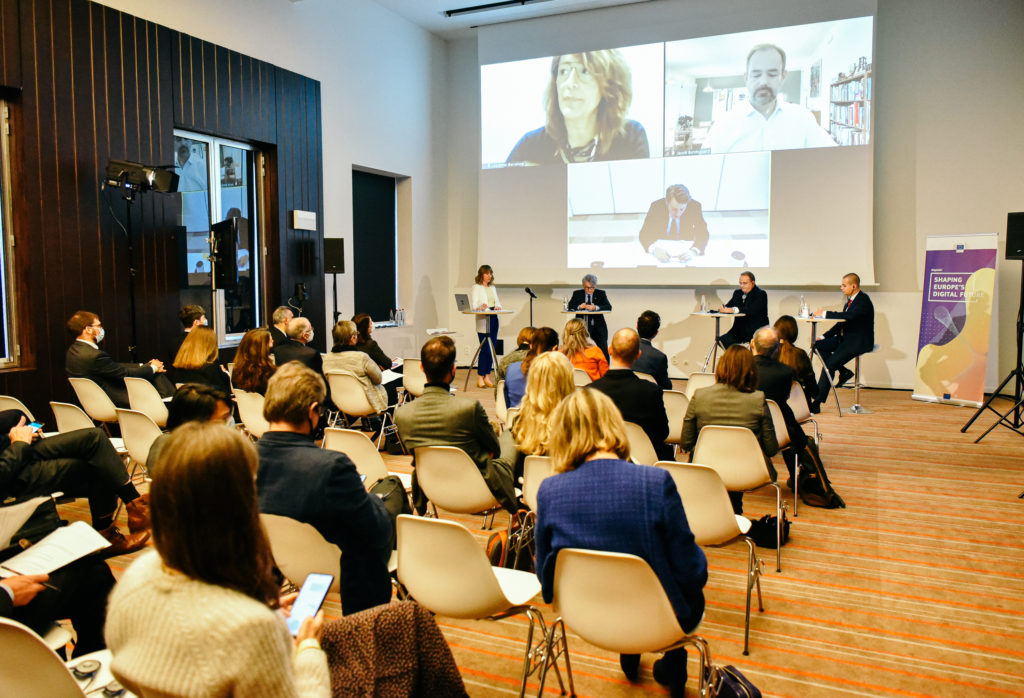 With Barcelona’s priorities set on creating public space for people, making it easier for citizens to choose public transport, addressing inequalities, and regulating the platform economy, Deputy Mayor Laia Bonet reminded how the digital transition must benefit everyone. A sentiment shared by the Deputy Mayor of Bordeaux Delphine Jamet, who underlined the importance of strengthening digital inclusion and investing in digital skills. “We need to make sure everyone has fair access to the digital decade, and we need to strengthen digital skills to be competitive,” responded Commissioner Breton.

However, to build a city that works for everyone, mayors need a hand. “Business as usual is not an option, but we can’t do it alone,” said Bonet. “We need resources and political support. It’s important that we are endorsed by the Commission when cities take bold actions.”

Cities are as strong as their communities

Examples of bold actions can be Aarhus’ commitment to becoming carbon neutral by 2030 or Helsinki’s plan to build proactive services for citizens, anticipating their needs. Bold actions, however, that can’t happen without involving citizens. “No solution helps if citizens are not ready to accept it, people need to be involved,” said minister Koritnik. And cities know this well. Sofia, for instance, is rethinking the design of its services to respond to its citizens demand to have services that are easy and intuitive. “Our citizens give us feedback about our products and services while we are developing them,” says Gencho Kerezov, Deputy Mayor of Sofia.

Citizens aren’t the only stakeholders that make up the potential of cities. After doing all the easy steps and collecting all the low hanging fruits, Aarhus is getting to the tricky part of its transformation to reach climate neutrality. They are putting their money on the community. “We have so much to do, but the municipality only directly controls 10% of emissions. The only way we can reach our goal is by involving local businesses, stakeholders and citizens,” said Jacob Bundsgaard, Mayor of Aarhus. “We created a green transition fund for local businesses, and we are investing in using new, more sustainable building materials.”

The Leuven City Council is sharing their decision-making process with universities, knowledge institutions, citizens and other stakeholders. “The journey to make Leuven climate neutral is a shared journey,” said Mohamed Ridouani, Mayor of Leuven. The city also involves its people in citizens science projects to collect data, such as traffic and transport, to make decisions. 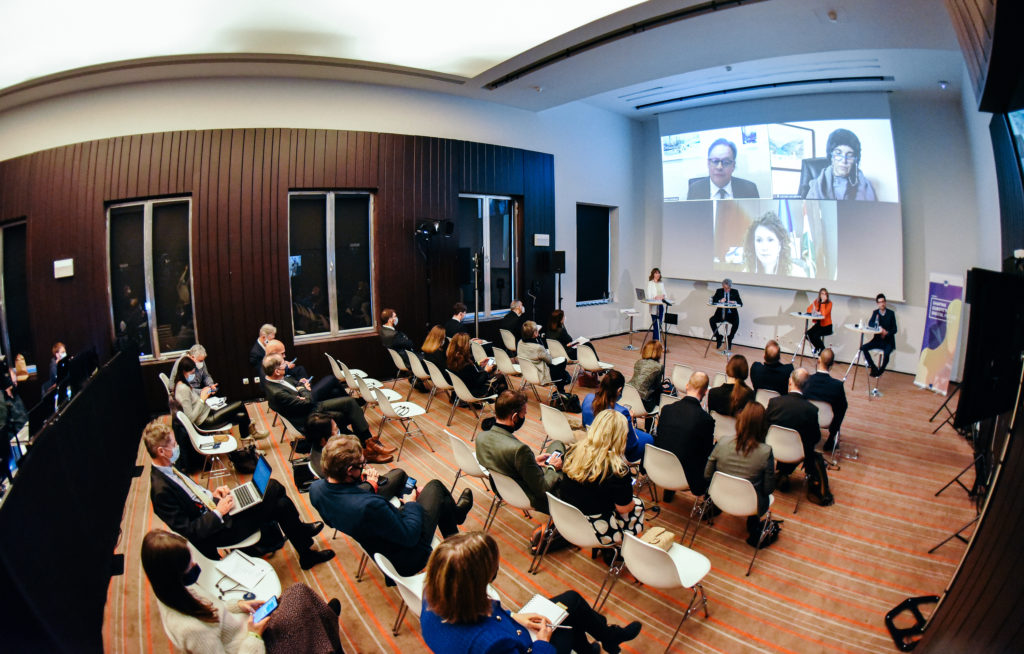 As cities collect more and more data, they also insist on the benefits of open data. At the same time, cities like Grenoble have made digital sovereignty one of their priorities. And Leuven has reminded the Commissioner that in the EU, we are still behind on cybersecurity.

Commissioner Breton agreed that the keywords to the European digital transformation should be open, sharing and safe. He noted that in the Data Act, currently in its final stages, users will use and share information easily without depending on a specific supplier. “In a smart city, every corner is vulnerable to attacks. We need to work with you to provide the right tools and models for safe, smart cities,” said Commissioner Breton.

What to do about remaining challenges

Cities encounter challenges every day to reach their ambitious green and digital transition goals. For example, both Aarhus and Sofia have identified transport as a challenging sector. “How can we help?” Asked Commissioner Breton. While Aarhus asked for the Commission’s help on building the necessary e-charging infrastructure and grid for sustainable mobility alternatives, Sofia called for more opportunities to exchange with experts and learn from successful examples.

“It is not funding per se that matters; it’s about what we can do with it. It’s about innovation. The Commission has a role in scaling-up innovation,” said Deputy Mayor of Barcelona, Laia Bonet. For example, the Commission could play a more significant role in disseminating the results of pilot projects so that their learnings don’t get forgotten after the project runs out.

Bonet also insisted the Commission include cities at an earlier stage of the policy process. “Too often, we are not included in the design steps of the policy process; we are only involved towards the end. If you involve us from the beginning, it will mean better results.”

* The discussion was organised in the context of the Living in EU initiative and the Intelligent Cities Challenge. At the end of the event, Commissioner Thierry Breton and the mayor of Leuven Mohamed Ridouani signed the Join, Boost, Sustain political declaration joining others in sharing principles and commitments toward a collaborative and sustainable approach to smart cities and communities.