Join us at the exclusive launch of CHANGE where you’ll be able to find out more about the work of this new network and hear directly from the city leaders as they discuss their action to tackle gender inequality.

The City Hub and Network for Gender Equity (CHANGE) will host a virtual launch event on Monday 23 November from 9am – 10am PST, featuring the elected leaders of all six co-founding cities: 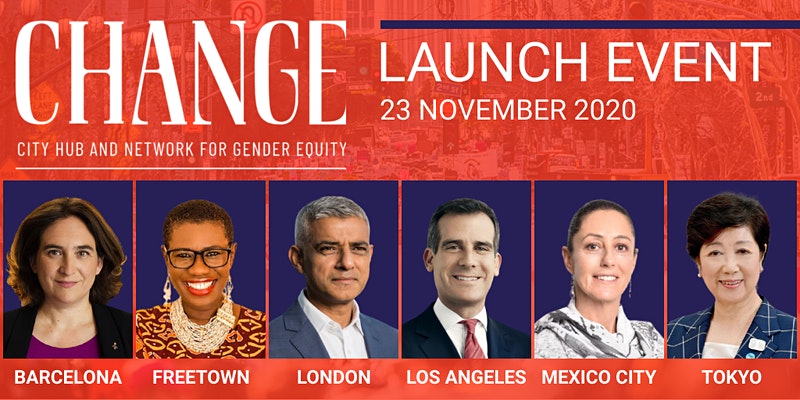